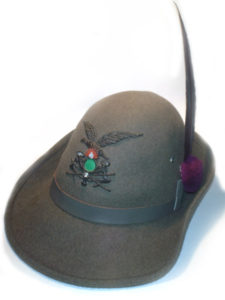 P.M. Forni was a warrior – as a young man, he served in Italy’s elite mountain corps. Then he became a scholar. But, as Forni’s wife lamented in his Baltimore Sun obituary, “his career in literature is often overlooked.”

That’s because Professor Forni found a new calling.  As he explained in his book Choosing Civility:

For many years literature was my life. I spent most of my time reading, teaching, and writing on Italian fiction and poetry. One day, while lecturing on the Divine Comedy, I looked at my students and realized that I wanted them to be kind human beings more than I wanted them to know about Dante. I told them that if they knew everything about Dante and then they went out and treated an elderly lady on the bus unkindly, I’d feel that I had failed as a teacher.

Forni became an expert on civility, and worked to spread the its practice. What is civility?

Being civil means constantly being aware of others and weaving restraint, respect, and consideration into the very fabric of this awareness. Civility is a form of goodness; it is gracious goodness.