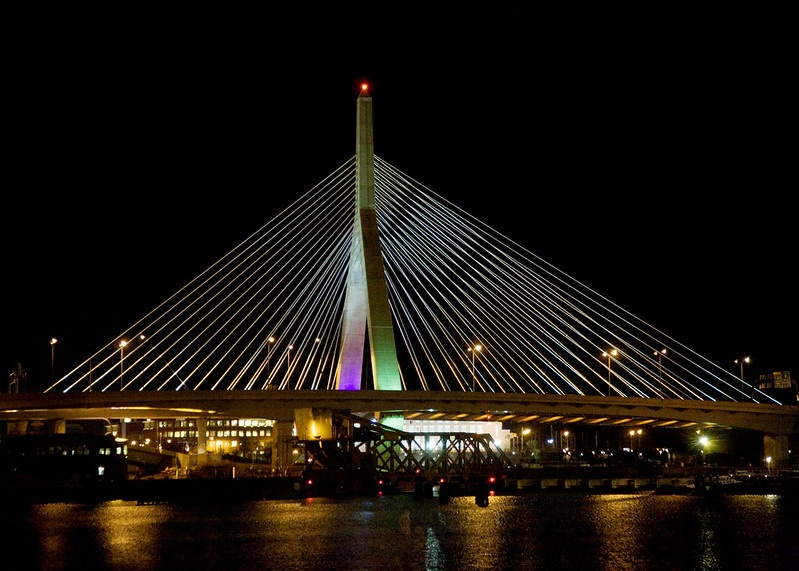 “Mr. Zakim started a black-Jewish Passover seder in the early 1980’s as relations between the two groups deteriorated. Six people showed up… This year, 650 attended.”

If you spend any time driving in Boston, you learn certain names by rote, e.g. Sumner, Callahan, Tobin, or Logan. But if you’re like me, you can’t identify these transportation namesakes without looking them up. (OK, fine, Ted Williams. But you see my point.)

I drive over the Zakim Bridge at least eight times a week. I hadn’t known for whom it was named until I received this suggestion: “Kids today should learn about Lenny.”

Zakim’s  New York Times obituary describes a man who made a life of uniting people for good.

It offers the vocabulary words anti-Semitism, defamation, and bigotry; more happily, tolerance and reconciliation as well.

Middle school students learn about metaphors as literary devices. By reading Zakim’s obituary they see how this bridge is a fitting metaphorical, and literal, tribute.