When Marjorie Silverman became a concierge, it was unusual.

Back when Marjorie entered our field, most people didn’t know what a concierge was, much less how to pronounce the word… What she did was a big deal. Our international organization was very male and European-dominated, so she single-handedly broke that glass ceiling.

What does a concierge do? Her Chicago Tribune obituary explains:

Silverman’s workdays typically started with a meeting of luggage attendants to advise them of the arrivals and departures, particularly of large groups. She would also check the VIP arrival list and send those guests a note or, when appropriate, a gift. As business travelers left for appointments, she made travel arrangements and arranged baby-sitting services, dinner and theater reservations. Then she began preparing for the next wave of guests.

In short, a concierge upholds one of humanity’s oldest and noblest traditions, hospitality. The details have changed over millennia, but the essence remains the same:

When a stranger came to the house, he was always entertained with a warm bath for his “poor feet” and with food and wine. He was never (vide Homer’s poems) rudely, or even civilly, questioned as to his name, country, and business, until his bodily wants had been attended to. It was not, indeed, until the cloth was removed, the dessert put upon the table, and the wine-cup passed around, that the questions were put: Who are you? Whence come you? What is your city?

– A Few Reflections on the Rights, Duties, Obligations and Advantages of Hospitality, Cornelius Walford, 1885 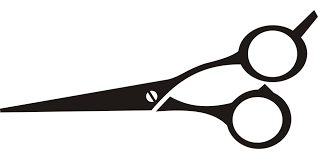 Toni Mascolo, an Italian immigrant to the UK, opened a hair salon with his brother in London in the 1960s. Over the next half-century, they created an international chain in 48 countries.

During the “swinging Sixties” models and pop stars set new style trends. London became a fashion capital. Women began entering the workplace and they spent some of their earnings on haircuts and beauty treatments. More recently men have begun to take more care of their appearance as well.

But the success was also due to listening. As his Wall Street Journal obituary recounts, “Women began asking if the salon could cut their husbands’ or sons’ locks, so the brothers turned their shop into a pioneering unisex establishment.”

Listening wasn’t just good business sense; Mascolo understood it was an obligation – and advantage – of hospitality.

“He had a tremendously strong set of values and passed them on to the staff. He said you had to treat clients as if you are inviting them into your home.”